My interest in Gordon Parks was renewed this week, when I posted one of his photos on Facebook, and a friend mentioned meeting him in New York. Parks was the first African-American to work as a staff photographer for Life magazine, and the first black artist to produce and direct a major Hollywood film, The Learning Tree, 1969, adapted from his autobiographical novel. 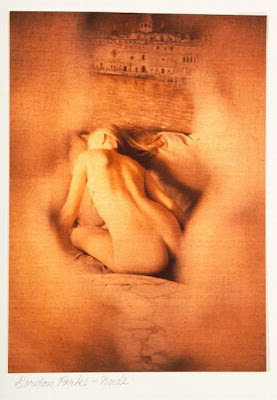 He developed a large following as a photographer for Life for more than 20 years, and by the time he was 50, he ranked among the most influential image makers of the postwar years. In the 1960s he began to write memoirs, novels, poems and screenplays, which led him to directing films. In addition to The Learning Tree, he directed the popular action films Shaft and Shaft's Big Score! In 1970 he helped found Essence magazine, and was its editorial director from 1970 to 1973.

At Life Mr. Parks also used his camera for less politicized, more conventional ends, photographing the socialite Gloria Vanderbilt, who became his friend; a fashionable Parisian in a veiled hat puffing hard on her cigarette, and Ingrid Bergman and Roberto Rossellini at the beginning of their notorious love affair.

On his own time, he photographed female nudes in a style of Baroque painting, experimented with double-exposed color film, and recorded pastoral scenes evoking the pictorial style of early twentieth century art photography. 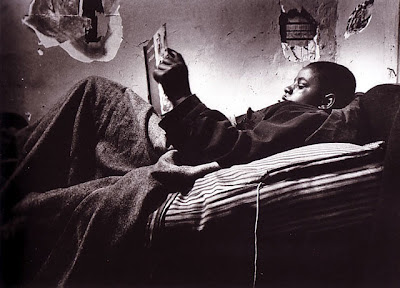