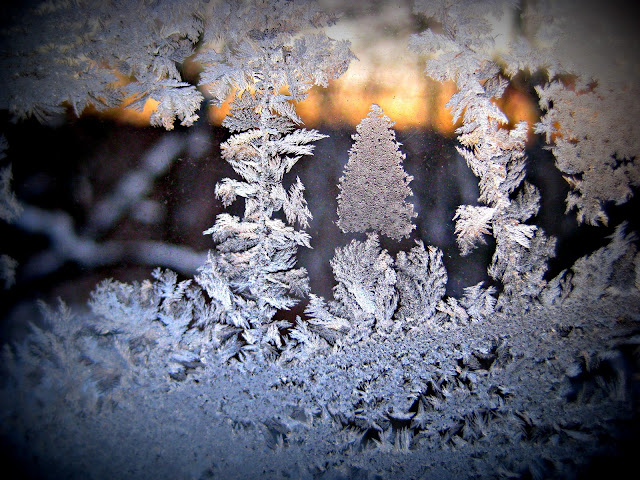 It's seven degrees here in Central Ohio as we speak.  The manor's old heat pipes are knocking and the radiators hot.  Jack Frost was here.  I remember being fascinated with frost on the kitchen windows of my grandparents' house in rural Indiana, and my grandmother telling me the lovely artwork was evidence that Jack had visited in the night. 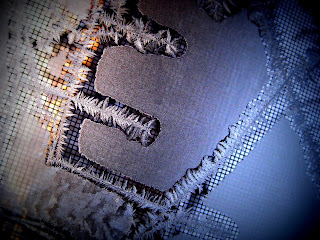 In English folklore, Jack Frost appears as an elfish creature who personifies crisp, cold, winter weather, a variant of Father Winter, also known as "Old Man Winter". Some believe this representation originated in Germanic folklore specifically in the Anglo-Saxon and Norse winter customs. Tradition holds Jack Frost responsible for leaving frosty crystal patterns on windows on cold mornings, also known as window frost or fern frost.
Apparently Jack was trying to tell me something with his big letter 'e'.  He also left a beautiful image of a Christmas tree, as well has some of the most elegant fern frost. I love this little poem by Janet Frame, from her collection of poems The Pocket Mirror, 1967. I wish I had written it.


It was the timed wave the toffee-wave
breaking where the cold-water cup
was a cliff of clean tooth
tasting the syrup of decay.

It is the secret frost feeding the night
the ripe as winter sweet set
like ice (when cold cut in squares)
of havoc for the summer's tooth. 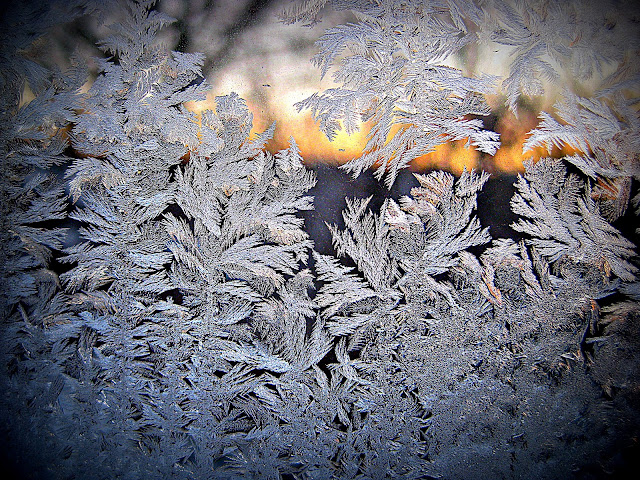 Email ThisBlogThis!Share to TwitterShare to FacebookShare to Pinterest
Labels: Jack Frost, Janet Frame, my neck of the woods, winter