bury me beneath the willow 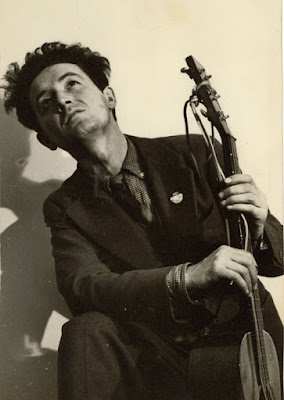 My wickedly willow song series would be seriously lacking if it didn't include an all-American piece, and since this is 4th of July week, I though it very fitting to include Woody Guthrie's "Bury Me Beneath the Willow". Woodrow Wilson "Woody" Guthrie (July 14, 1912 – October 3, 1967) is best known as an American singer-songwriter and folk musician, whose musical legacy includes hundreds of political, traditional and children's songs, ballads and improvised works. He frequently performed with the slogan "This Machine Kills Fascists" displayed on his guitar. His best known song is "This Land Is Your Land", which is regularly sung in American schools. Many of his recorded songs are archived in the Library of Congress. Such songwriters as Bob Dylan, Phil Ochs and Tom Paxton have acknowledged their debt to Guthrie as an influence. (wiki)

I chose this version, sung by Alison Krauss and Lyle Lovett.
My heart is sad and I am lonely
For the only one I love
When shall I see her? Oh, no never
'Til we meet in Heaven above
Chorus
Oh bury me beneath the willow
Under the weeping willow tree
So she will know where I am sleeping
And perhaps she'll weep for me
She told me that she dearly loved me
How could I believe her untrue
Until the angels softly whispered
She will prove untrue to you
Tomorrow was our wedding day
Oh God, oh God, where can she be
She's out a-courting with another
And no longer cares for me
at 9:45 AM