poor poets, and others

The nickel dinner would, in periods of poverty, be gratifying indeed. Then, during those too chance bonanza moments, the same dinner could be a manifold blessing--not the least of which would be a coin or two toward the next private depression, whether it be prefaced by purchase of a painting too dear (yep), three bars of imported soap (uh-huh), a box of strawberries out of season, or an unexpected tonsillectomy (...or root canal).

Poets are often out of funds. Many times they try to keep body and soul together by eating candy bars, apples, doughnuts, and an occasional hamburger, usually standing up. This is a mistake. Meals should be eaten sitting down. --Ann Rogers 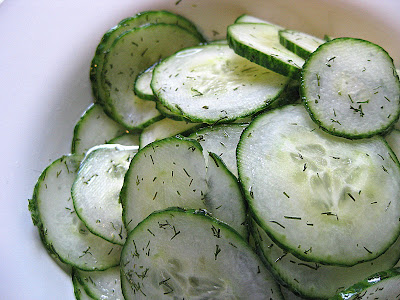 On my weekly visit to my local Goodwill store, I always browse their sizable book section first. This week I came home with a first edition of A Cookbook for Poor Poets (and others), by Ann Rogers, Scribner's, 1966. I'm not one to usually buy a cookbook, but it's a small book, and at first glance, doesn't look like a cookbook at all. Since the title included both poets and cooking, I had to take a peek. The pages are delightfully mellow (you know I adore that patina) and it's scattered with charmingly quirky illustrations by Anna Kopczynski. It's comprised of simple, low budget recipes from the 1960s, just like Holly Golightly might prepare in her spare New York apartment.

Rogers, a girl after my own heart, stresses the importance of elegant meals, however humble. Her cooking elements include stocking a good spice shelf, investing in a solid frying pan and last, but not least, a good French knife. Her first rule is always have fresh bread; second, always use butter; and third, always serve wine. Each chapter is accompanied by a delightfully written introduction. 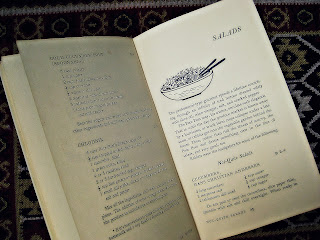 I mixed up some of her "Cucumbers, Hans Christian Andersen" (isn't that cute?) this morning to serve for lunch. I sneaked a little taste and they are divine. I know this isn't a unique recipe, but it's one that I don't usually make. It's a perfect summer side dish.

Do not peel or seed the cucumbers, slice paper thin (I used my handy dandy mandolin) sprinkle with salt and chill overnight. When ready to serve, drain cucumbers and mix with the remaining ingredients. Additional chilling blends the flavors nicely. This dish can serve as a salad, relish, sandwich filling or garnish.
at 11:30 PM