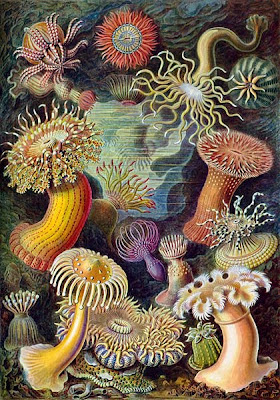 Ernst Haeckel (1834-1919), was an eminent German biologist,
zoologist, naturalist, philosopher, physician, professor and
accomplished artist and illustrator who discovered, described and
named thousands of new species, mapped a genealogical tree relating
all life forms, and coined many terms in biology. The published
artwork of Haeckel includes over 100 detailed, multi-colour
illustrations of animals and sea creatures, which, in my opinion, are
absolutely magical. I want to frame a few of his prints for the manor. 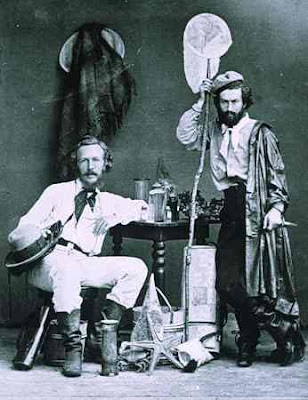 Haeckel (left) with Nicholai Miklukho-Maklai, his assistant, in the Canaries, 1866.
at 8:30 AM