chess and so forth... 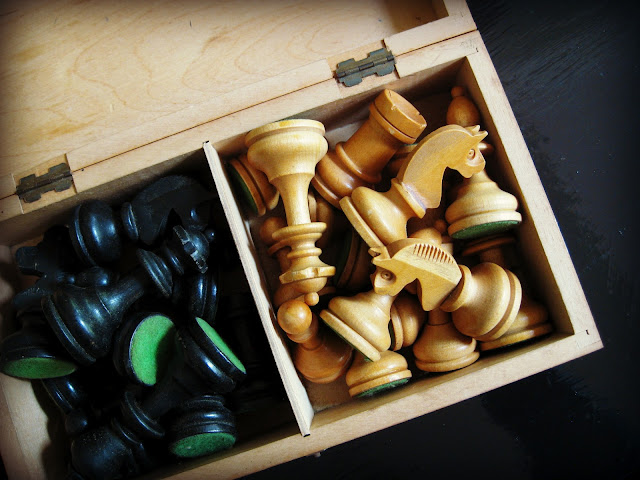 I decided to shake things up a bit this week and went to G-Dub (my local Goodwill store) on Thursday, instead of my usual Friday.  I came home with two books:  Woody Allen on Woody Allen, and Theodore Rex, by Edmund Morris, a vintage Romanian etched glass lidded biscuit jar, and a lovely wooden box of vintage chess pieces.  Everything behind the counter was fifty percent off, so the chess set was $4.99.

After a little poking around online, I found that it's a German Staunton boxwood chess set from about the 1940s or 50s.  It's got a wonderful patina, and the knight is slightly varied from the classic Staunton traditional set.  The Staunton pattern was registered in March of 1849, but chess has been around forever.  They say it originated in India in the sixth century, as a game of military strategy, and since has been Europeanized, and modified over the centuries, to the game we know today. 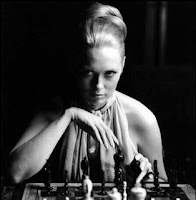 When I was a little girl, I learned to play on a Medieval style King Arthur set from the late 1950s.  I enjoy chess, but don't have the opportunity to  play as much as I would like.

Speaking of, the sexiest chess game, hands down, would have to be that between Faye Dunaway and Steve McQueen in The Thomas Crown Affair, 1968.  Hot checkmate. Very hot. 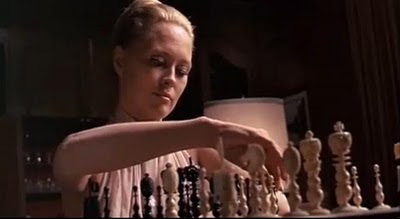