I'm ready for the hard crust... 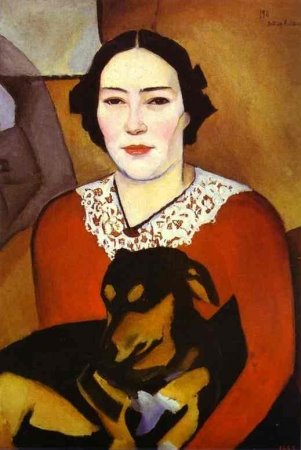 Along the hard crust of deep snows,
To the secret, white house of yours,
So gentle and quiet – we both
Are walking, in silence half-lost.
And sweeter than all songs, sung ever,
Are this dream, becoming the truth,
Entwined twigs’ a-nodding with favor,
The light ring of your silver spurs...

Along the Hard Crust
Anna Akhmatova, 1917
(translated by Yevgeny Bonver, 2002)

I've been in a bit of a Russian mode on my Facebook wall this week. It must be because the cold weather finally arrived in Central Ohio, and I wore my furry Zhivago hat, for the first time this season.  We had a few flurries, but they didn't really count as a first snow, which I always look forward to with much anticipation.

The Russian poet Anna Akhmatova also came to mind.  Her writing was banned, unofficially, from 1925 to 1940, and then again after the end of  WWII.  Unlike many of her literary contemporaries, she never considered flight into exile.  Persecuted by the Stalinist government, she was prevented from publishing, regarded as a dangerous enemy, but at the same time so popular, even Stalin would not risk attacking her directly.

I love this portrait of Akhmatova by Russian cubist painter, Nathan Altman.