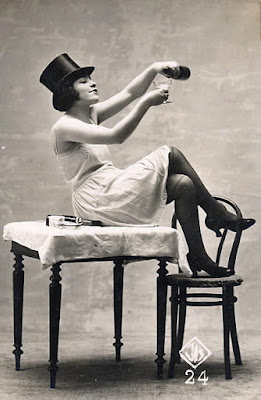 (chăp'bʊk')
n.
A small book or pamphlet containing poems, ballads, stories, or religious tracts.
[CHAP(MAN) + BOOK (so called because it was originally sold by chapmen).]

I must admit, a year ago, when my dear friend Elizabeth Wix suggested I publish a chapbook, I was such a novice, I actually had to Google the word.  The term chapbook was formalized by bibliophiles of the 19th century, as a variety of ephemera (disposable, cheaply printed material), popular or folk literature. It includes many kinds of printed material such as pamphlets, political and religious tracts, poetry, nursery rhymes, folk tales, children's literature and almanacs. The term is derived from "chapman", a variety of peddler, who circulated such literature as part of his stock.

The big, big news at the manor is I've been chosen as a semi-finalist in The Finishing Line Press 2010 Open Chapbook competition! (The first place winner will be announced later this spring.)  This means they have agreed to publish my 26 page chapbook, assign an ISBN (International Standard Book Number), and it will be available to purchase on Amazon. Heavens to murgatroyd!  This is my very first submission to a poetry competition, and since I had heard nothing since I sent in my manuscript back in June, I was convinced it was a total wash. I am stunned and elated, to say the least. Stay tuned for upcoming book info this spring.  In the meantime, please help yourself to a glass of cyber champagne. A huge thank you to all my faithful readers who have been such an enormous encouragement along the way. You are the best. I could not have done it without you, sweet people.
at 7:50 AM