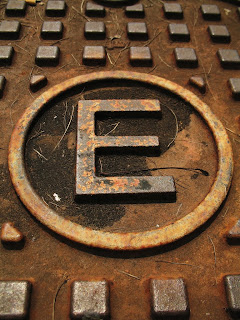 Cait O'Connor wrote a lovely post this week on the letter "p". And
Elizabeth posted a great photo shot post on the letter "a". She then,
in turn, gave me the letter "e", which I found to be much more
challenging than the friendly "a" or perky little "p".
.
E is the fifth letter in the Latin alphabet. Its name in English is
spelled e (pronounced /iː/), plural ees (pronounced /iːz/)(rare).
The letter "e" is the most commonly used letter in the Czech, Danish,
Dutch, English, French, German, Hungarian, Latin, Norwegian,
Spanish, and Swedish languages.
.
E is derived from the Greek letter epsilon which is much the same in
appearance (Ε, ε) and function. In etymology, the Semitic hê first
represented a praying or calling human figure, hillul jubilation,
based on a similar Egyptian hieroglyph that was pronounced and
used quite differently. In Semitic, the letter represented h and
e in foreign words, in Greek hê became Εψιλον (Epsilon) with the
value e. Etruscans and Romans followed this usage.
.
The letter "e" is the most common or highest frequency letter in the
English language. This makes it a difficult and popular letter to use
when writing lipograms. Ernest Vincent Wright's Gadsby, 1939, is
considered a dreadful novel, and that at least part of Wright's
narrative difficulties were caused by language restrictions imposed
by the lack of E. Both Georges Perec's novel A Void, La Disparition,
1969, and its English translation by Gilbert Adair omit the letter "e"
and are considered better works.
.
I guess you could say this this little "e" poem is the opposite of a
lipogram. 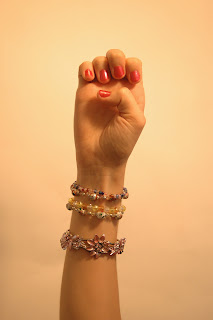 (If you would like a letter, just ask for one in the comments.)